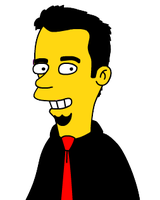 Hello and as'saläm! I'm a HUGE fan of Mozilla Firefox and it's 64-bit cousin, Waterfox. I highly recommend it to others and think it is THE browser to beat. The customization alone is simply outstanding. Hopefully some of my fave addons [MushroomKingdom 2 theme, Inbox.com Toolbar, etc.] will be updated to the latest build of FF. Cheers! 8^]

Anybody who openly supports the last remaining apartheid state on the planet, Israel, needs to have their head examined. This theme has no place here. Might as well put up a N@zi/Third Reich theme, then. It's an insult to associate oneself with this so-called "state" by using/supporting its flag. I urge others to speak up and stand up for what's right and just. Free Palestine! Saläm/Shalom.

Thank you for creating this! As of this writing [Ramadän 1391/1433/2012], this is the only Islamic Theme for Firefox/Waterfox. I like the colors and general design. Alläh/God bless!

I have the latest versions of both Firefox/Waterfox and after installing this add-on, neither would actually work. They would come on and could be seen @ Task Manager's Processes tab, but the browser would never pop up. Tried a few things, including going into Window's Safe Mode, but nothing worked and the problem persisted. Finally, through process of elimination figured out that this add-on was the issue and that you can start Firefox/Waterfox in their "Safe Mode" simply by holding down SHIFT as you start either one. That finally did the trick as I was able to disable/remove this add-on. All this hassle because of this one piece of bad software. Thumbs down.