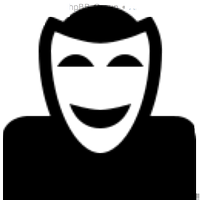 This - the AddOn section of Moz' is what this place is about - nothing else.

If I'm here, it's only in relation to that, and nothing else.

An AddOn for ﻿'current (viral) threat of the internet.

And how paranoid are YOU feeling today?

While NO OS is immune, PC's and 'windoze' machines ARE MUCH more susceptible.

BUT...even then, if you've COMMON SENSE, and good software, you can minimise - almost eliminate - the threat of getting something bad.

Such common sense things as:

• NEVER opening ANYTHING from an unknown sender
• Use good virus protection software (but, WITHOUT UPDATING it, it's USELESS)
• NEVER get, nor open things (software, movies, etc) from untrusted sites, and/or sources (i.e. torrents) - unless you KNOW what you're doing

Saying all that, this AddOn really doesn't do much for the average user.

You DON'T (or, actually, SHOULDN'T) need an AddOn that is like some 'DefCon-like thing for viruses (it actually reminds me of that idiotic 'color' code Bush 2 had after 9/11; 'good afternoon ladies and gentleman, the weather today's fine, and the threat level is magenta...'

What you SHOULD do is always - ALWAYS - STAY ON YOUR TOES - be alert.

I don't mean to knock Serevinus. I'm sure he made it with the best intentions (I really do mean that), but, the only thing that'll protect you is how YOU act on the internet.

Filter Uploader for Adblock Plus (unofficial)

Works GREAT. Simple to use (IF you know what you're doing), and while it's NOT take a 'genius' to figure ABP Filter Uploader or ABP, this person 'HERCHI' who thinks this (and EVERY OTHER addon he's reviewed) as a 'pity' - it 'doesn't work.'

No, it DOES work - as do EVERY other addon he thought 'doesn't work.' It's HERCHI who DOESN'T know what he's doing....

This add on is essentially a come-on. Like those myriad of 'speed up your computer,' and 'remove virus', etc. from your computer' commercials, this 'add-on' tells you (if you have malware,etc), your computer COULD be healthy - if you just PAY for the FULL version.

The simplest way to not have to worry about virus, etc., is to have good protection software ALREADY on your computer (and keeping it current). Another simple thing to do - buy a Mac. 99% of all these computer bugaboos are on PC's.

Last word: This add-on is a waste of time, and might cause you more problems if you use it.

This user has a previous review of this add-on.

DO NOT N-O-T USE this. It will load your PC with TROJAN software. DO NOT USE!!!!!

My rule for add-ons is very simple; they should DO what they SAY they'll do - and they should do it EASILY.

If you want an easy to set-up/use, flexible cookie tool, then CookieSafe's the way to go.

Uh...why not just set Google to filter in safe search to begin with? Unless you're real lazy, this is pointless.

I've a laptop - A Macbook. I prefer to use ClamXav. Almost the same, but it's got some features (a 'sentry' that launches at login) that I couldn't find with Fireclam.

I only recently found out about Nibbo- as word's still not circulated that much, I can only say that I've been using it for the past few days, and it's a nice alternative to the well-known standbys. It search page is nice and clean-no clutter. It has a fast response time, and it searches tend to return with finds that the others don't. It also allows you to configure how you want it to look, all in a simple straight forward design. A refreshing change.