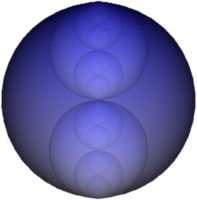 Before webextensions, Stylish for Firefox was awesome. Sytylish for Chrome always sucked compared to Firefox's Stylish and now, since webextensions, Firefox Stylish is just as bad as Chrome Stylish. Webextensions is KILLING Firefox! The so-called "speed increase" isn't there and does NOT justify the GUTTING of Firefox extension functionality!

Firefox Stylish can no longer do real-time CSS updating (must reload/refresh web page EACH and EVERY time!), editing in a window (vs. tab only), and its import feature can only handle so many subsections before it just stops adding them and you must add them manually). Those are my biggest gripes about the webextensions Firefox Stylish, I can no longer continue to use it or Firefox 57+ until this functionality is restored and Mozilla wakes the hell up and realizes webextensions are stupid.

This review is for a previous version of the add-on (3.0.1).  This user has a previous review of this add-on.

Like the other Wayback Machine search addons, this one also doesn't escape the slashes (/) and other non-alphanumeric characters correctly. What's the big deal about doing this? Seriously, 3 extensions and all have this problem?? Sad, programmers, sad... However, on Firefox 28 anyway, it installed fine with no error like the last reviewer had.

1. OS UI background window color instead of blinding and eye-irritating bright white
2. Edit styles in custom window or tab (like Stylish Tools addon does) because in Add-ons tab it's way too slow!

Add:
1. Selectable/editable common CSS commands (like the tag tree in UltraEdit text editor) instead of having to retype them all the time (like {background:window !important}).
2. Make " !important" a button in the script editor.

Unfortunately, the website is now a linkfarm so, yes, this WILL be the support forum for now until the developer gets his act together. Also, CuteMenus no longer works in Firefox 3.0.11 with the most recent upgrade version 2 pre-alpha build 1904--fail.

Works fine in Firefox 2.0.0.4. Why this isn't a default option in Firefox is beyond me. Internet Exploder hasn't been able to do this in its entire life!

This review is for a previous version of the add-on (0.4).