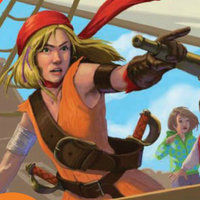 I like oldschool communication systems full of plain text and which don't tag and track us all like lambs to the slaughter; networks less corporatized, more publicized and tempered to user control. The strength of Firefox lies in two virtues: its security and its customizability. I'm a smitten fan of addons which help screen out the JUNK online and reduce bandwidth bloat. I also approve of more user control over style and layout; having light sensitivity, proper colour control keeps my eyes from burning. (Who decided the web should be black text on white? Argh.)

Well, it works. It's not near the level of the formerly working best pop up dictionary Perapera, but it does pop up with one or two lines of translation. Sadly, it shows only simplified (簡體字）and not correct Chinese（正體字）.

This is the original version of Forecastfox, which was and is the best weather addon for Firefox, hands down. Sadly, the original dev abandoned it. (Aww...) Happily, a chap from the Ukraine has issued a fixed version. (Yay!) Get the fixed version, which works fine in Firefox 41...

DownloadThemAll does all that it says. It is the buddy your Firefox wants to take on the digital road. It speeds up recalcitrant servers. It makes doing an MD5 checksum a snap. It lets you get what you want off a site's resources. And it's been stable for me, at least, since forever.

Long in the tooth, but still works to convert simplified characters to correct characters. The downsides are that, as noted by popo below, New Tong Wen Tang occasionally substitutes wrong characters or doesn't substitute at all. Sometimes this is a difficult decision for an app, given the stupidity of the committee who created 簡體字, for example 斗 for 鬥. Also, the autoconvert is finicky. I believe it only converts when the page is tagged as zh-CN explicitly. But it only a button press to get it to convert to 正體字. Those editing and doing more than casual reading should be aware, however, that the fidelity of such conversion includes about a 1% fudge factor.

Gopher support for Firefox was once a core feature. OverbiteFF restores this support to Firefox with aplomb.

This is much needed as Gopher is experiencing a minor renaissance, and with good reason! Gopher offers a contemporary alternative to the bloated web and its myriad distractions. It is bandwidth efficient and eschews the machinations of big data. As one new to gopher, I dearly appreciate the effort and attention which goes into the development of OverbiteFF.

Pros: Firefox in gopherspace. Inline file type support.
Cons: The Overbite default look is a bit blobby and webby for my taste; supposedly one can skin it. See gopher://gopher.floodgap.com/0/overbite/dbrowse?pluginm%203 But this can't be done in-addon as there is no options menu. WYSIWYG it ain't.

All in all, the OverbiteFF is an epic and needful addition to Firefox for a feature which really ought to have been supported by default.