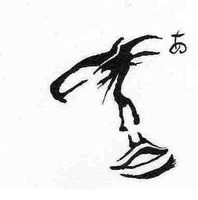 Could not do without it. So when it stopped working I was ready to try and fix it.
Until I realized the bug was likely linked to my firefox syncing of deprecated variables for the add-on.

What I had to do is go to about:config and set
spellchecker.detectDictionaryAsIType;true
Now it's responsive again and works as intended.
I saw in the reviews here that we have to set extensions.dictionary-switcher.autodetect;true
but I believe this is an old variable no longer used by the add-on and seems to have no effect on the add-on at all.

At any rate this is the most underrated add-on for firefox, hands down. :D

Props to developer/maintainer, even though it could have less bugs. Thanks a million.

This user has a previous review of this add-on.

This makes my life debating on forums typing email and writing reviews so much more seamless. It's so good to have this running in the background checking which language you're typing in and deciding within 10 words to switch to the appropriate language. Even though I have french, spanish and italian which are all rather similar (and english to french).

I wish it was integrated into the OS. Ubuntu would benefit a lot from this type of feature, I wouldn't need it on FF any more and all my personal dictionaries would be centralized. In 5 years maybe...

PS: for some reason, in this text box, I had to change languages twice in order to get it detecting mistakes. Has hardly happened before but ironically it did here.