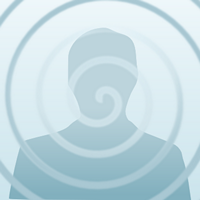 Presumptuous abstract. Even having knowledge of a /Firefox-specific Add-on/ known as ScrapBook (i.e. ScrapBook is not included amongst available Seamonkey add-ons), how is it that anything is "obvious" here? I recommend the author revise his or her summary for the global audience (... or not).

I use Seamonkey 2.1, so I believe I'm familiar with the functionality (as the developer states). I merely want to praise the author-- for every time I'm offended by the absurd notion of a "recommended donation", as is remarkably pervasive at AMO-- I find it refreshing to see that he or she is true to the concept of free software (sparing ridiculous semantics). Perhaps it wasn't what the developer had in mind at all, in presenting a recommended method of "contribution", but it caught my eye so I decided to voice my opinion. It took less than ten years for this ideology to appear as a waning minority. Kudos, for /keepin' it real/.
;-)

This review is for a previous version of the add-on (1.3.1-signed).

Seamonkey is a wonderful thing. xSidebar-- though, we might assume, decidedly not essential to Seamonkey, as suggested in another review-- it does allow for the installation of many other "addons" [AMO] in the 1.1 branch, which is a very nice enhancement. Seamonkey 2, however, does not depend upon xSidebar nearly as much for its compatibility with so many community developed extensions. The latest Seamonkey 2 is really getting so close to being what could be the first truly complete internet suite [albeit, still pre-release, as of this posting]: its usability seems to have made a big jump from even a few weeks ago-- very well done, considering the community driven development appears to be /truly/ community driven.

And such is the way of MTLI, ye merry gentlescrubs-- 'cept-- only different i suppose. 'Suppose the thing might want for prerequisite-- that you've got to be a little bit nuts to appreciate the tomfoolery-- but all the same-- the "Toolkit" is indeed, "totally awesome". I admit, I simply could not help myself to share with you this private reflection.

In other words....
It's as cool as having Van Halen playing your birthday party-- or bitchin' as those times you've been off to hang with Mick, n' the Stones?

And when you come across something, perhaps new to you, and find yourself taking it in like some tasty waves, and a cool buzz-- you might thank Mr Tech aloud to yourself, crying "Awesome. Totally Awesome!! Alright Reyes!", and no longer will you wait an extra 20 seconds for your browser to boot, and you'll realize the true pleasure of Surfin', dude-- putting away the Fire' for a while, groovin' on a stoney cool chill with Jimi, and the Seamonkey Experience (SM 2.0).... uh, let me prove it to ya....
::invert reel on feedback fade, hit play, bounce to production mix as 'reverse feed' fades 'back' in...::

But first, are you experienced?

One of the Add-ons I always install on Seamonkey for enhanced viewing of syndicated content like RSS, Atom, XML, etc. It also makes a nice complement to Firefox.

For anyone out there who is partial to Opera because of the built-in mail client-- you may be persuaded to go the Mozilla route-- or at least check it out for a while by using the combo of T-bird and Thunderbrowse.

THIS is what Mozilla should consider as a new release! (modified, and built around Firefox of course-- having Tbird integrated. Get a little inspiration, and borrowed intuition from Tbird w/ Thunderbrowse, boys and girls, and rock on!! C'mon, you can do it!
;)