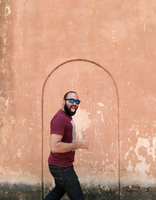 Doesn't work with the latest version

I was using this add on for a long time ago, recently I just update to a new version, I went to amazon and was looking for something, But I can see what looks to me like an amazon new feature called SEE SIMILAR in every product. At the same time I feel my clicks been lost or something, irresponsible. I open up IE and Chrome to see the new feature in Amazon and of course was missing, after a search on Google for Window Shopper Firefox found that the problem lies in this add on.

I don't mind to support free development, but not telling me something so important like this?, that too much.

I rip off this add on from my 4 machines. Thank you for nothing.

This is by far my favorite Firefox Best add-on.

Indeed I'm so proud that I really like a version for Firefox 3.

Not the AdBlock Plus is not an option, actually I using it cause I'm testing Firefox 3, but I actually like a lot the simplicity of Adblock, just a click, select what you want to block and OK.

This Process in adblock plus is to tedious.