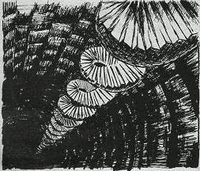 I'd heard of Gopher before, but never tried it until someone pointed at this addon, so I can't tell whether it's missing any major features. So far it has functioned flawlessly on all of the pages/sites I tried it on, and the mere feat of adding support for an old protocol is impressive enough that IMHO it deserves 5 stars.

That said, I really hope that in the future it will respect our browser's page color/font defaults (the stark white hurts my eyes/head pretty quickly)... Or at the very least use whatever the basic colors were for Gopher sessions back in its heyday.

PS. There's now fewer than 100 gopher sites left! They're supposed to be easy to write & there's free providers, so we should try to make little personal sites, info caches, whatever we can to keep Gopher from going extinct. (I'll update with my site url here as soon as I make it and recommend others do the same.)

I just installed Duplicate Tab in the latest version of SeaMonkey, and can quite happily attest that it's working perfectly — not much more than I can (or need to) say, beyond thank you!! :-)

Works perfectly with no hassles or config needed — good thing, because I doubt I would've lasted more than a month in SeaMonkey if I'd had to manually edit every outdated extension I wanted to try out.