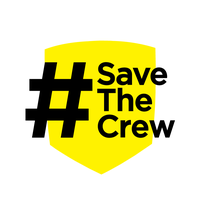 A SOCCER CLUB IS A COMMUNITY
#SaveTheCrew is the Columbus soccer community's advocacy group.
OUR COMMUNITY: We believe in the power of soccer clubs. The hearts of soccer clubs are made up of both supporters and the on-field history of a team. History cannot be bought, only lived and shared through playing for or supporting a team.
OUR TEAM IS THE COLUMBUS CREW, the first charter member of Major League Soccer (MLS).
WHAT WE WANT
- WE WANT TO KEEP OUR SOCCER TEAM IN COLUMBUS, along with all the club history, and to be conventionally known as The Columbus Crew, ideally as part of MLS
- WE WANT ALL PARTIES TO NEGOTIATE OPENLY AND DILIGENTLY-local business and civic leaders, MLS entities, and all people of influence-to explore all avenues and do absolutely whatever it takes to keep a soccer team named The Columbus Crew in Columbus.
- WE WANT TO FOCUS ON HAVING A TEAM IN COLUMBUS, regardless of what stadium we play in, and acknowledge that private, non-taxpayer funding is probably vital for any new stadium in this day and age.
- WE WANT TO JOIN WITH SOCCER FANS WORLDWIDE who love their club and who believe that the beautiful game belongs to the world's communities and its spirit cannot just be uprooted. We vehemently stand against any such move because IF IT CAN HAPPEN IN COLUMBUS, IT CAN HAPPEN ANYWHERE.

No add-on reviews yet.