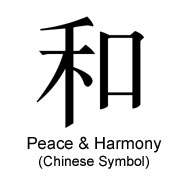 I just love this little extension, so lightweight and convenient. I use to make notes regarding websites, extensions, blogs, etc. Before, my notes were disorganized and sometimes forgotten. Now they are kept with the appropriate browser profile and thus are self-organizing!

This is an absolutely wonderful extension. It fulfills its promise to make browsing for Seamonkey extensions easier. It did this so seamlessly that I forgot that I had installed this extension and thought that Mozilla had changed its website! The integration with Extension Converter is equally smooth and coherent. Brilliant!
(Used on SM 2.46)

Since these are Pale Moon themes, you should consider having these listed at the Pale Moon add-ons repository. Go to forum.palemoon.org and see about getting it listed.

It works fine on Pale Moon 64-bit version for Linux as well. All tabs are restored after restart.

I don't like the button it uses, however; it won't use the restart button provided by my theme (Red Cats). So use it in conjunction with Restart App Button 1.1.2.1-signed by Button Guy, which lets me use my theme's button, but lacks the shortcut keys. I set Button Guy's Restart App Button not to appear in the pull-down menu; I set Schuzak's Restart to appear in pull-down menu, but I remove the button. It would be nice if Schuzack could change his extension so it would use my theme's button, then I wouldn't need the other extension at all.