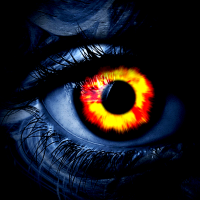 I had great hopes for this addon but upon installing it on 56 (yes I know it says tested up to 48) it doesn't work, it generates no page when you type about:addons-memory and provides an error of an illegal call in the console:

So unfortunately it seems it is quite dead and hence not helpful at all, if a modification can be made to bring it up to code, that would be great and I am happy to re-evaluate it.

I have been using this addon for a long time, even before it was available on AMO and I love what it accomplishes and the simplicity by which it does so. I believe people would benefit from having it. I strongly urge the developers to please keep on top of the rapid Fx versioning and keep the addon compatible. Thank you.

This review is for a previous version of the add-on (4.2.1-signed).

This is an excellent addon with lots of promise and fulfills the needs expressed very well. However, a couple of tweaks might be nice for the next release/update. 1) Please either prompt for the settings immediately after install BEFORE you initiate the default sort options or do NOT automatically sort based on your defaults, this screws up any menu structure that the user may NOT wish to sort your way before they have a chance to change the options for it. 2) Remove the bookmark toolbar from the "all bookmarks" list and make it an entirely separate option, since that's where most peoples custom ordered bookmarks are held and sorting them will screw it up. By default sorting bookmark toolbar should not be sorted. Other than that, great job and thank you for an excellent job.

Well after the disappointing initial release of 2.0, the more recent updates and tweaks seem to be putting it back on track. Good work, keep it up.

Version 2.0 is the WORST thing that could have happened to this add-on. This was one of the best working and most functional extensions until it was gutted and completely destroyed by ver 2.0 and I don't know what went wrong but it needs to be so fixed or just deleted. First off it destroyed the Fx profile when updated to this version and then it acts like its completely castrated and fails to function. This had so much potential, potentially it was destroyed.

I have been a soldier all my life and I would never go into battle wearing a t-shirt, flipflops and carrying a notepad until I find there is bad people shooting at me, take notes and then block them so I am prepared next time. NoScript may be "paranoic" which is not even a word but it is much more advisable to go to a site have function limited and decide you need it and you trust it to allow it rather than go to it, get destroyed with bad code only to go back and block it, this make sense to you people? really?

This review is for a previous version of the add-on (1.4).

This extension hasn't been updated for a long time because frankly its based on a very basic firefox core function, so as long as you know how to manipulate the xpi package to allow installation, it will work fine. I have been doing it and not a single problem. Download the XPI, open it with WinRAR, WinZIP or whatever and then extract the install.rdf file and open it with Notepad and edit the maxversion to say 3.* and then save it, put it back in the xpi replacing the old one, drop it in firefox and it will install it and viola, you are done. Good luck.